Back in the old ArmA2 days, we used to have a fun PVP Server based off a 404Games wasteland copy. Heavily modded with the aid of Rienspy and Adanteh. Now that the use of AllinArma and RHS/HLC is becoming more common with the success of chernarus wasteland at both Sa-Matra and TOPARMA. It’s time to bring back the Utes mission!

We’re not completely finished yet, but it is in a somewhat playable state 🙂 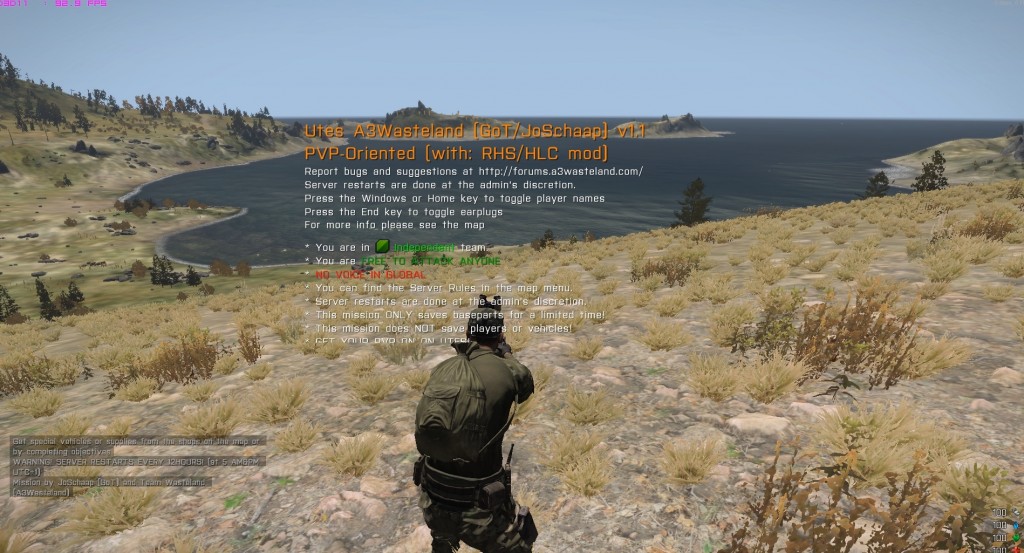 A3Wasteland (once started as a simple sandbox mission) is now a fully persistent survival sandbox featuring tons of features such as building and vehicle loot-systems, a revive system, logistics, para dropping, and a lot of interactive money, side, diving, capture and/or hunting missions that spawn randomly all over the map. Since utes is such a small map, we’ve disabled persistency for money/players/vehicles (only locked base building items save).

Werther you’d like to build bases, or just go out and hunt AI or other players. There’s something for everyone 🙂

Economy wise there is money to be made and spent in various shops. On utes money does not save, so better spend it fast! 🙂 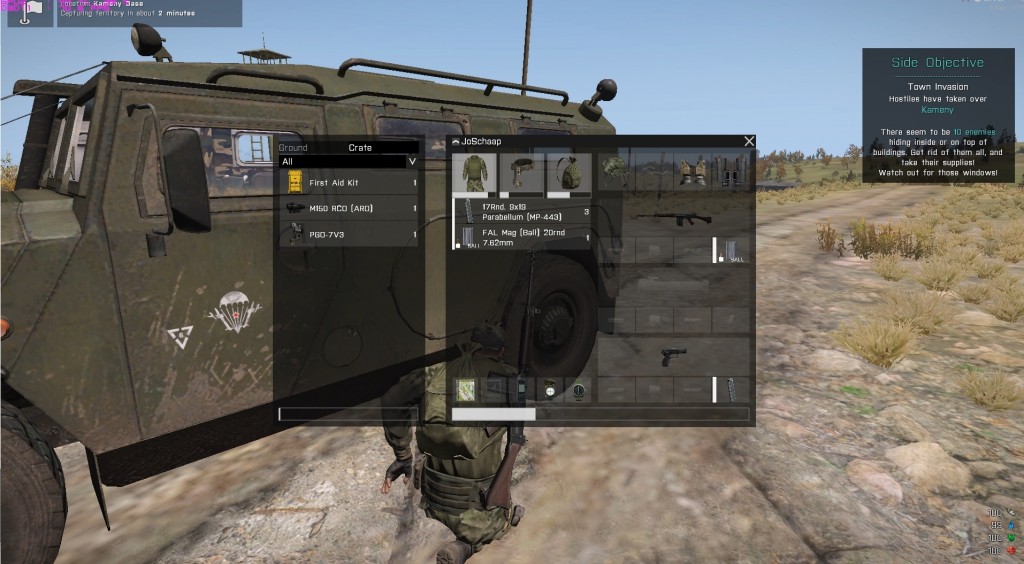 Utes is very small map, providing an environment for fast-paced combat, and many, many deaths!

You can find the most up-to-date Utes A3Wasteland (GoT/JoSchaap) edition here:

We also have our own UTES Wasteland Server!
OK! Why not.. once done setting up the needed mods (read below) simply connect to the following server:
host-name: utes.got2dayz.nl port: 2302

More information about the required mods
If you already play on the Sa-Matra or TOPARMA Chernarus wasteland server you can use the same mod’s for those to connect to the Utes server!

If not you at least need to have:

* Any recent version of AllinArma or the AllinArma terrain packs to make Utes available.

* HLC Weapons Pack (by Toadie) & the ASDG Rails mod
* (or the @WSWeapons package from the a3cdn launcher by Inch/Sa-Matra)
* This package is also available for download on got2dayz.nl named @WLWeapons (679MB) (Different name to avoid conflicts)

* The RHS Escallation mod package by Redhammer Studios
* (or the @WSRHS package from the a3cdn launcher by Inch/Sa-Matra)
* This package is also available for download on got2dayz.nl named @WLRHS (2.3GB) (Different name to avoid conflicts)

Why are we using the same mods?

A big part of the current ArmA 3 wasteland community has come to the ArmA-series from either DayZ, or video’s of other wasteland players. Since most of them are not coming from the ArmA game itself it can be quite the hassle figuring out how to find, download and install the correct mod’s.

Servers running different mod-sets will eventually end up dividing the community of players and with that comes frustration.

By simply using the same mod-sets as others I’m hoping to prevent this. No more need to exit your game, readjust your mod’s just simply search for the server and join it 🙂

It is never my intention to copy other servers. Nor is is to steal their idea’s or bandwidth. For this reason I even provide (a renamed version to avoid conflicts) of these mod-sets on my own website/bandwidth. (@WLWeapons and @WLRHS).

Credits for the mods do NOT go to me NOR A3Wasteland/GoT2DayZ. I’ve Simply just built a mission that uses them. 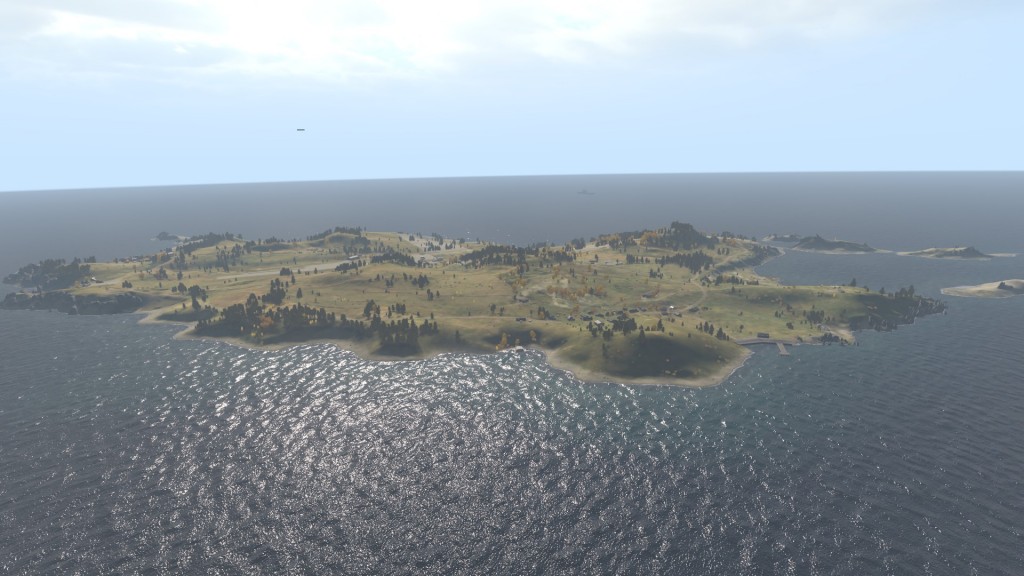 Tools
GoT2DayZ on FB
Dezmonde Social Widget
Meta
Polls
Sorry, there are no polls available at the moment.